Beaded Flowers Are Not “New”

The origins of beaded flowers are cloudy. There wasn’t a wide audience until the mid to late 1800’s, but these colourful creations have been around far longer.

The theory, is that beaded flowers have been around since the 16th century Europe. Although there is speculation that wire beadwork has evolved along with the invention of wire. Typically people would call a beaded flower French Beaded Flowers; however; this art form was popular in two other countries aside from France. Italy, and England also have specific techniques known as Venetian, and Victorian Beading. Each country have their own methods that will produce a variety of different appearances in the leaves and flowers.

The techniques, and patterns would have passed down through families, from generation to generation.  The popularity of these items would rise and fall according to social trends. During the reign of Queen Victoria, her extended period of mourning made elaborate funeral arrangements the popular trend. This caused a surge in beaded flower items. The beaded funerary wreaths, and floral arrangements were tributes to decorate cemeteries, mausoleums, and churches. Despite the delicate/intricate designs, pieces have survived. Those pieces now sit in museums, or private collections. These tributes are Immortelles, and the tradition is still active today. 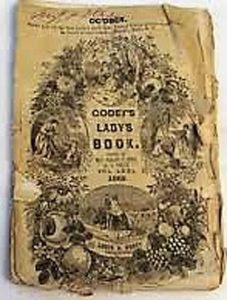 In the early 1900’s beaded flowers had gained momentum in North America. Books that contained patterns, and kits were becoming more widely available. They suggested women wear beaded flowers in their, and clothes. Godey’s Lady’s Book 1865, is one example of early pattern books. Some books contained kits and patterns, so people could learn an art they previously knew nothing about.

Virgina Nathanson published Making Bead Flowers and Bouquets in the 1960’s, and the popularity of beaded flowers continued to grow. Now there are many patterns free to download, and books to buy (such as Dalene Kelly’s More French Beaded Flowers), that will teach you the various methods of creating beaded flowers.